Right off the bat, Project CARS 3 sets itself apart from its predecessors. The opening video starts with a Mercedes winding its way down a mountain road, drifting around corners, until a Honda — waiting around a blind curve —darts out to join the chase. The race is on, as they say.

It sets itself apart, because the last iteration of the weirdly named series—that would be Project CARS 2—is a game firmly rooted in the idea of motorsport simulation. Historic tracks, race cars of all different classes, a sort of mix of nostalgia and excitement.

Project CARS the Third has no such pretensions. Those were the old games, this is the new game. More Need for Speed, than 3-monitor sim racer, it’s a game that seems aimed squarely at the casual racer.

The question is, why?

I don’t want to dwell too much on this, because if you’ve read another review of PC3 this will have come up, but the radical shift in focus and style is a jarring one. The game had something of a niche already. I don’t think the Project CARS series was ever the most popular sim racer out there but it took racing seriously on PC and console. The series was first developed with a community-based model, raising money from the public, and putting it in the hands of players in pre-alpha testing. It was a serious racing game for serious racers.

That meant it was a punishing game, but also a rewarding one. Completing a long endurance race was something special.

One of the favourite races I’ve done in any racing turned out to be one against the AI, 40 laps of the historic Monza, with the oval, in a Lotus 72. I had a two or three second lead, until I blew it on the final corner, getting a little hot on the throttle and finding myself in the rail and having to limp across the finish in something like fourth.

And yet… it was epic. I don’t know, it’s hard to explain why a gruelling hour or so that ended in essentially failure—against a bot, no less—was so satisfying, but it was.

But, anyway, that’s the past.

Project CARS 3 drops you right into a race from the very beginning. The opening is a fast, crowded rip through the desert of the American west. (This was another of the jarring things. The current iteration has a distinctly American flavour, where before things were obviously European.) You’re dumped into a Corvette and let loose on a track you’ve never seen.

And loose really is the word for it. This is not a game about the relentless pursuit of perfection typical in—in quotations—‘serious’ racing games. There are no practice laps, and qualifying sessions. It isn’t about simulation, it’s about stimulation.

I had kind of hoped even after reading about the game, that maybe it would keep some of the more hardcore aspects of the previous versions, but take a bit of the edge off. Gran Turismo is good at this. It bills itself as the “Ultimate Driving Simulator,” but really it cuts a fine line between realism and playability.

This dispenses almost entirely with realism.

Let me give you an example: In one of the early career races, you’re back in the desert for a Championship round race. (Usually a championship would be over an entire season of multiple races, but this is over two three-lap races. But I digress…) In the loading screen you’re told it’s going to be a wet race. The weird thing is, you start out on dry tarmac on a sort of cloudy day. “Okay,” I thought, “maybe it’s just not that wet? Or will start later.”

Oh boy, did it start later. Just as you hit the final corner on your first lap the rain starts, not with a sprinkle, but a downpour. And in an instant, the track isn’t just damp, or even wet, but a goddamned river. I don’t know if you’ve ever been in a rainstorm—I’m going to assume unless you grew up on the moon, you have—but it’s bonkers. It makes no sense. And despite the sudden onrush of moisture, handling barely degraded. Weird.

Anyway, one of the things that earlier Project CARS titles maybe overdid—or at least overdid for me, as someone who is a casual but still reasonably serious—was the fine detail of car setups you could do. It gave you full control over all the different settings that could be changed on the car: ride height, tire pressure, suspension spring strength, wheel camber, and on and on. You could go in very fine detail with everything. It was more than a little daunting, and something I was never really able to get a hang of.

Project CARS 3 doesn’t fully dispense with the car setup settings, but limits what you can do, and requires you make upgrades to access most settings as you progress. It’s definitely simpler, but I’m not actually sure if it’s better.

Perhaps what I was looking the most forward to was the revamped career section. I’d hoped it would be something like previous games where you start in smaller feeder racing series, and work your way up to the big boys.

Instead, much like most games now, Project CARS 3 relies on an XP progression system. For both you as a driver, and the individual cars you drive. As you go through your career, you earn XP and coins to buy upgrades to your car, and eventually new cars as you build your garage.

You’re given a series of races and time trials in each career level where you have a number of objectives to complete on each track. Sometimes it will be to hit a top speed, or to master a certain number of corners, or make passes within a certain time limit. And up you go. The big problem with this is that none of the different career stages are based on actual racing series, they’re just increasing levels with increasingly better cars.

Throughout the game, the racing is fast-paced and loose. There is plenty of action, as most of the pack will stay bunched up. This gives you plenty of chances to make passes and get passed, and generally fight it out on the track. But because there are no practice or qualifying sessions—at least in the early stages of career mode—that’s where you have to take your satisfaction.

As you race around, the game gives you XP points for executing so-called “perfect corners”, but what constitutes a perfect corner is pretty loose, like much of this game. As long as you hit the braking point marker at the start of the corner, come near the apex, and head toward the exit point, you’re going to start racking up perfect corners pretty quick. What it doesn’t seem to care about is whether you’re maximizing your speed through those corners. Fast-ish is fast enough.

I found the force feedback on my wheel—a Logitech G29—to be somewhere in the neighbourhood of limp and uninformative. It doesn’t offer much in the way of useful feedback, so you don’t really get a sense of when you’re pushing the car too hard and about to spin out—I played with all assists off, except traction control, which I put on low. When you find yourself inexplicably in a drift—Why is this high-downforce GT3 car drifting? Who knows—it seems to reward quick wheel corrections, until it doesn’t. Braking is simple, until you’re sliding, and there’s no way to adjust your brake balance in game so you have to kind of guess what’s necessary. The cars are fairly easy to unsettle, which will give you problems through corners and into braking zones, which is odd for a game that’s so arcade-y.

Usually, I can get a pretty quick feel for how a game is going to respond to different inputs and adjust accordingly. But this one eluded me enough that I don’t think I’ll be setting any lap records.

More time racing might give me a better feel for this game, but Project CARS 3 doesn’t seem like the kind of game that rewards that sort of serious investment.

That said, while practice sessions are gone, you can get a feel for a track pretty quickly, and keep the racing competitive. If you’re looking to just drop in on occasion and rip around for an hour or two in some action-packed racing, this might be what you’re looking for. But with so many titles in that space, is this going to be the one you pick up?

Slightly Mad Studios was bought out by Codemasters last year. The UK developer has a number of other racing titles, including the F1 series—which I’ve put in a fair bit of time in over the last several years—and DiRT, a rallying game. Codemasters also have GRID, an arcade racer of their own. This is another of those puzzling things about this game: if they already had an arcade racing title, why add another? The one thing they were missing was a serious multi-class racer, which was where Project CARS would have fit in perfectly. Ah well.

There was space here for a game that took racing seriously, without beating you over the head with the realism. Instead, they decided to go with a cartoonish style of racing.

What this comes down to is a question of who is this game for? After spending some time with it, I’m not sure the answer. The one thing I do know is it’s not for me. 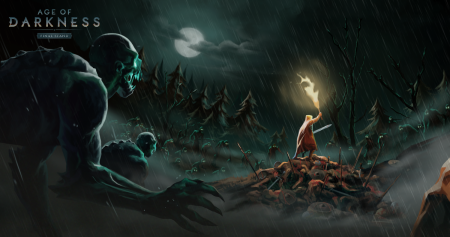 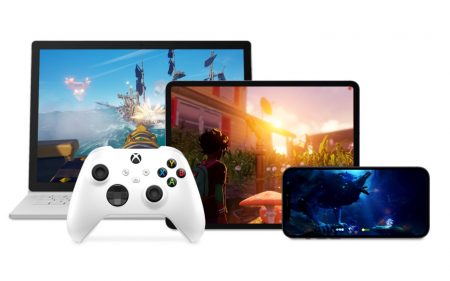 Robert Hiltz is a freelance writer in Montreal. He likes long walks on the beach, hitting his apexs, and clean headshots at range.