Who said that 4X games were dead? Seven years after supervising the finishing touches to Civilization V as the lead designer for , Jon Shafer is back into the fray with his own game, At the Gates, a title that both respects and transforms the codes of the 4X genre.

From one complex strategy game to another: if it is true that At the Gates is quite different from Civ V, the core concepts remain the same. You are either able to adapt to the changing conditions of the world – and that includes your neighbors, or, in the case of At the Gates, the dreaded winter season – or you end up as a footnote in the history books.

In At the Gates, the player rules over a small faction during the last days of the Roman empires. It is his responsibility to gather resources, research technologies and manage the ambitions and desires of individual clans that form his civilization in order to conquer what is left of the Roman world and become the new superpower.

But why get immediately back to the drawing board to design a brand new game, this time without the support of an AAA studio? « I’m the kind of designer who loves to experiment. By the time I finished up on Civ 5 I’d been working on the sims series for about six years, and had dedicated much of my free time to Civ for several years before that. So it was definitely time for me to do something a little bit different », says Shafer in an email sent to Pieuvre.ca.

« At the Gates is certainly a 4X game and draws quite a bit on my experience working in the genre, but the gameplay is actually quite different, despite possible superficial similarities. It was originally just a little prototype idea where I could play around with concepts like seasons and migration that eventually turned into a full game », he adds.

Was it necessary to leave some ideas on the drawing table in order to be sure that the Civilization experience remains relatively streamlined? One thing is certain, the idea to add seasons – not only as a cosmetic choice, but as a full-blown feature, with terrain and resources modifiers –, was a bit to demanding for a game of that scale. When you also take in consideration the fact that a turn in a Civ game can last as long as 50 years, it becomes quite complicated to simulate the weather and the passing seasons.

« Having a new, more focus theme did open up new design and gameplay possibilities », mentions Jon Shafer, before adding that he also decided to « go back », so to speak, to an older feature of the Civ series: the stacked units.

If Civ V got rid of the idea of placing multiple units on a single tile, in what was sometimes called a « stack of doom », doing so also gave the impression that the map was « cramped », says Shafer.

« At the Gates went back to a stacked combat model, but in exchange it also has a supply system and models more advanced concepts like moral and retreat. These were mostly things I thought about after having finished Civ 5 though, I wouldn’t say I was holding anything back for the future. I just have a lot of new ideas popping into my head after finishing a game that I’d like to explore in the next one! »

In order to succeed with an independent game, Jon Shafer chose the road frequently travelled these days: he turned to Kickstarter, where he set a goal of 40,000 dollars, goal that he surpassed. But why only 40,000? « I had done some basic math and it was the lowest number that presented itself as what would be needed for my initial schedule. In the end that schedule was completely off from what was actually needed, and that’s something I wish I had known at the time! », he says.

« The core gameplay also underwent a major rework about a year-and-a-half after the kickstarter once I realized things weren’t really coming together and I needed to introduce something to give the game a sense of progression. » This addition was the clan system, which was originally absent from At the Gates.

As for the balance, it was something figured out « from day one », adds the game developer. « The biggest question you have to answer on the art front is whether to make your game 2D or 3D, and given that making a 3D game will cost at least five times more to make, all else being equal, coupled with the fact that I didn’t want to hire a big team and raise a lot of money made this decision pretty easy. » The game also went with a watercolour aesthetic, which is not something seen quite often on the market.

The desire to experiment, however, had some drawbacks. « Some people have loved it, others not so much », admits Shafer, who had to polish the game a little more after the product’s launch. « I’ll get things polished up though, and I think anybody who’s okay with the games slow pace and challenge will find a lot to like here. »

Even with some quirks and hiccups, the game is doing pretty well, says its creator: « We actually reached the number one sales position in much of Europe on release day, which was a really cool thing to see. So far so good, overall. »

With a hint of Colonization, Crusader Kings 2, King of Dragon Pass and Imperialism, an old game from SSI, At the Gates aims to please to old and new fans of the 4X genre. For now, Jon Shafer is busy fixing bugs, improving the interface and polishing other features. « All these updates will be free. As for what comes after that, we’ll have to see! »

Diablo III: a Tale of Barbarians, Swords and Hit Points 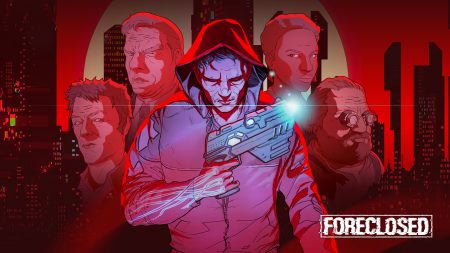 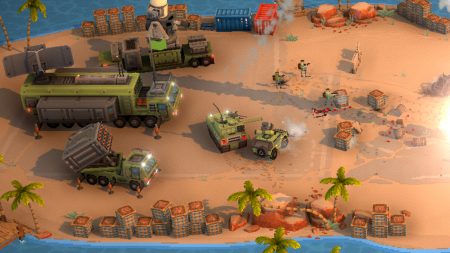 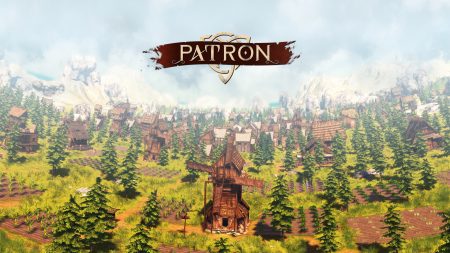