Our journalist David A. Harris continues his cinematographic journey at the 2017 Fantasia International Film Festival. Here are his latest reviews for the movies he saw last weekend, July 14th to the 15th.

How much privacy will you give up for your own security? How willing are you to keep yourself safe if it results in the suffering of people in an already shattered environment? Can a single sentence really topple a government?

These questions have been asked more than often in various different mediums. The only way to make them less of a cliché is in the execution. Genocidal Organ attempts to answer all of these questions and introduce us to a new world in less than two hours. It doesn’t really succeed. This is my first animated film of Fantasia Film Festival 2017. Right off the bat, I saw a lot of work was put into the animation. Despite the conspicuous CG moments, it’s gorgeous. The facial expressions, movements, and attention to detail were awe inspiring, and it was the one detail that kept me engaged. The best part was part how they handled their « twenty minutes into the future » concept of technology. It had a familiarity to it, but still was distant enough to take me out of reality.

On paper the movie has such a great premise: Clavis Sheperd is one of many soldiers enhanced with an inhibitor chip to suppress emotions. He is sent to apprehend a terrorist who can apparently start genocide with ease. Despite such an interesting concept, and an engaging environment, the movie fell flat on its delivery. The characters are a little too bland for my take, and the philosophy is only touched upon, it’s never really discussed. There are far too many monologues for the movie’s own good, and eventually it started to get a tad too preachy. If you’re fan of world-building and beautiful animation, then this movie has everything you could ask for. Aside from that, it is not worth the watch.

The best description for Savage Dog came from a fellow-movie goer: it’s a 1990’s Jean-Claude Van Damme movie. It’s also my first revenge film of Fantasia 2017, and I got exactly what I expected.  Scott Adkins plays Martin, a prisoner who has to fight for his release from an oppressive Nazi crime boss. After a montage of shirtless bare knuckled beat downs, our hero is finally allowed to leave the world of violence and bloodshed. He soon finds his way to work as a bouncer at a bar owned by Valentine, played by Keith David. Martin’s only there for a short while when his bosses come back demanding that Martin return to his old ways…. or else.

The movie is chock-full of over the top lines, and the classic revenge tropes used in every movie about a man’s lust for vengeance. This movie was not trying to be more than that. It’s very self-aware of its shortcomings. Despite all of its flaws, the audience loved it. The director’s use of narration and close-ups started to look like an easy way to film a movie, but I felt that it is perfect material to be adapted for a graphic novel. We were lucky enough to have the Jesse V. Johnson (the director) at the screening who gave had a quick Q&A session at the end of the movie. According to Johnson, he never intended to give his movie a graphic novel feel, but he appreciated the sentiment. Despite the fun this movie brings, it can get a little too corny or silly, even for something that is very self-aware. The flat delivery didn’t do the goofy dialogue justice, and the clichés started to wear thin after a while. « Savage Dog » is a movie you should probably watch with a bunch of friends for a few riffs and laughs, but there are far better action movies out there that fulfill one’s need for revenge.

If the official sequel to Jumanji this summer is filling you with rage and anguish, and you need a release for all this hate, then Game of Death is the perfect movie for you. A bunch of teens are enjoying a house party. One of them discovers a weird game tucked away in the corner of the house. With little to no instructions, and fewer inhibitions, our group of victims puts their lives at risk when they start to play. The rules to the game are as follows: if the players don’t kill a certain number of people before the timer runs out, one of them will die, and the timer resets.

Would you murder an innocent or your friend for your own survival? It introduces great moral questions. The millennials come up with a great solution. « Who cares? ». The movie goes for flash over substance, and doesn’t give the audience anything else; the moral dilemma is only touched upon. The directors’ incredible use of practical effects is par for none. They don’t shy away from filming the gore close up, giving you the opportunity to see every sickly detail. It’s entertaining through and through, has a great sense of black comedy, and messes with a very poignant theme about morality. The audience relished at the lighthearted and overly bubbly scenes since they know that they are in store for something dark and twisted.

There were some spectacular camera angles, ranging from point-of-view shot, to long takes and tracking shots. My only real criticism has to be that sometimes the style changes too drastically. It’s not only a bit jarring, it doesn’t do it enough to warrant the decision. I think the directors should have went all in, or not at all.

Check this movie out if you want to enjoy a solid movie with lots of horror and gore. It probably won’t send chills down your spine, but it will make you laugh and scream with mind-blowing effects.

Brigsby Bear is a fish out of water story. Imagine The Incredible Kimmy Schmidt but the psychological abuse the kidnapper suffers lingers. There are far fewer shenanigans about surviving in a brand-new world, and his finding his happiness is the crux of the story. Brigsby Bear is a Lonely Island production, famous for its low brow and satirical comedy. Kyle Mooney stars as James who was kidnapped as a baby, brought into a bunker, and convinced that the outside world is poisonous. Throughout his abduction he’s systematically brainwashed by his parents using a psychotic TV show called Brigsby Bear. This show can be described as a combination of Doctor Who and Sesame Street, where phlebotinum and nonsense are used to teach lessons such as positivity, the sciences, and discovering your body. When James is finally saved, he is brought into a world he doesn’t understand, and can only find solace in the show that brought him infinite amounts of joy. With the help from family and friends, he decides to finish Brigsby’s tale and make a movie.

Brigsby Bear glosses over the overused frozen caveman story arc. He doesn’t struggle adapting to new technology and customs. In fact he adapts fairly well, he just has difficulty grasp certain colloquialisms. James is welcomed with open arms, and his sheer drive and positivity to make his dream movie takes is the crux of the story. I was worried that Mooney’s portrayal as an immature man-child would come off as too brash and annoying, but it was played absolute sincerity. His bright-eyed innocence and nativity is a breath of fresh air especially when cynicism and nihilism tend to be the themes of the day. James’ sweet and folksy wisdom about heart and love is greatly appreciated. It’s definitely a movie to go see, especially if you are a fan of Mark Hamill who is delightfully messed up. 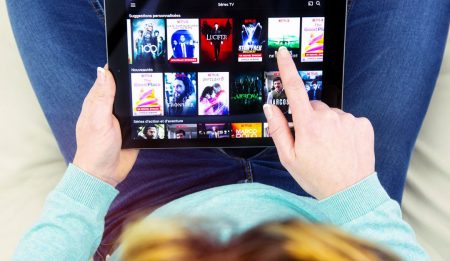 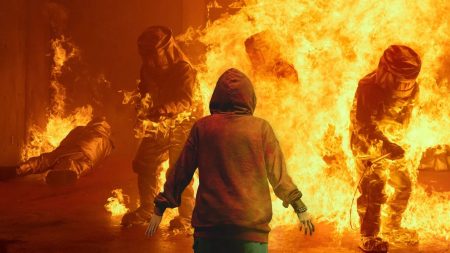 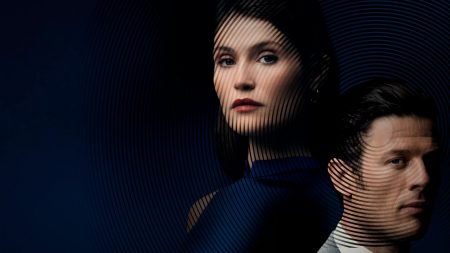