You can’t buy pizza at the original Tim Hortons location in Hamilton.

The building is a worthwhile pilgrimage for anybody who’s deeply fascinated with the Tim Hortons brand. Located in the shadow of the sprawling Dofasco steel mill, the original Tim Hortons location is both a landmark to the brand’s heritage, and also a gaudy emblem of what the downmarket coffee chain has become. 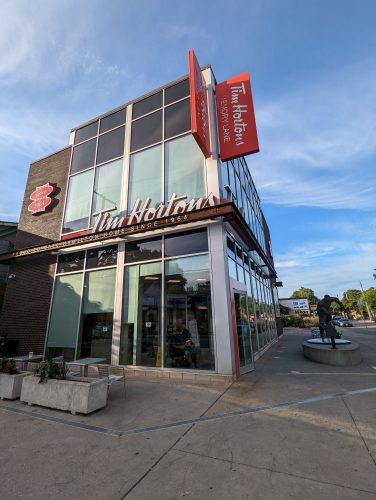 The glass and brick building is adorned with steel girders with lettering proclaiming things like “FIRST RESTAURANT OPENED HERE MAY 17, 1964.” On the corner of the block, the city has erected custom street signs proclaiming the intersection as “Tim Hortons Way”.

A brass statue of Tim Horton, the hockey player, stands atop a concrete plinth on the sidewalk. 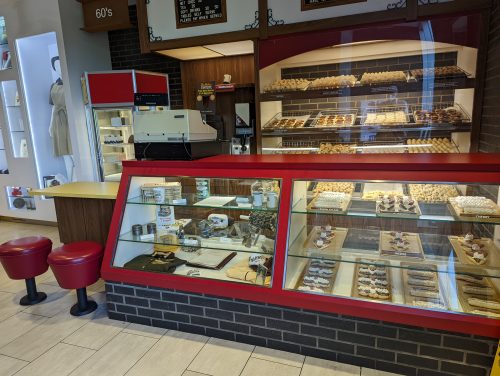 Upstairs there’s a small museum, complete with a little preserved Tim Hortons vintage restaurant in shades of beige and brown, complete with eclairs and bowtie pastries under glass, and the original selection of donuts behind the counter.

The museum includes a hallway that documents the different decades of the Tim Hortons franchise, from the 1960s through to the present day. They have mannequins in old uniforms, and rancid fruit juice in original bottles with faded labels, from the era when Tim Hortons had its own line of cold beverages.

The hallway has signs for the 70s, 80s, 90s, 00s and then at the end there’s a sign for “The Future” but there’s not much there — just a few photos of an imaginary Tim Hortons location with a retro-futurist aesthetic, and a mannequin wearing a plain uniform that looks kind of like what you might imagine fast food workers would wear in the Star Trek universe.

Perhaps the real future of Tim Hortons is pizza. If so, you have to go somewhere else to get a taste of the future.

Earlier this month, long-suffering Canadians were forced to grapple with one more sign of our troubled times: “Tim Hortons is now serving pizza at select GTA locations”.

I cannot fully articulate why this is a source of strange morbid fascination for so many of us. But it’s something specifically about the idea of pizza.

Of course it’s about Tim Hortons ongoing midlife crisis too, but it’s not just about that.

Tim Hortons is selling something called “loaded bowls” and I don’t know what that is, nor do I particularly care. It wasn’t especially interesting to me when Tim Hortons started offering Impossible™ Sausage on breakfast sandwiches. The blogs didn’t all get fired up to dissect the Tim Hortons attempt at panini.

But there’s something special about pizza.

In the ever-shifting sands of the fast-food menu, McDonald’s pizza — the “doomed fast-food icon” — is a fiasco that people still remember some three decades later.

More recently, the quintessentially American chain Domino’s Pizza admitted defeat and retreated from Italy with its tail between its legs after seven years — seven! — failing to impress Italians. If nothing else, you’ve got to admire the chutzpah. 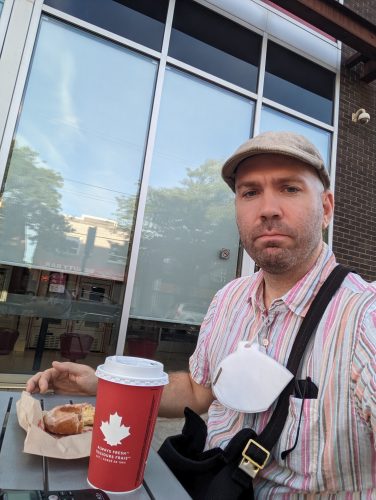 I would say I have an unusually deep and entirely unique relationship with Tim Hortons.

For many years, I was a loyal customer. To this day, I don’t think there’s any meal I’ve eaten more times in my life than a coffee and an everything bagel toasted with herb and garlic cream cheese from Tim Hortons.

The coffee is mediocre, sure, but I have been literally moved to tears while reading an essay aloud about bad coffee to a woman I was dating, as I tried to explain what Tim Hortons means to me. It doesn’t need to be good; it’s familiar, and it’s always there on the side of the road when you need it.

And then in 2019 and 2020 I discovered that Tim Hortons had been tracking my location in excruciating detail through the mobile ordering app on my phone. My investigation for the Financial Post ultimately resulted in a formal joint investigation by five Canadian privacy commissioners, and they ultimately concluded that Tim Hortons broke the law with wildly invasive surveillance on as many as 1.6 million customers.

Earlier this year a class-action lawsuit over the matter reached a tentative settlement, with the most farcical result imaginable. If approved by a judge, Tim Hortons will compensate for the geolocation surveillance by giving affected customers a free coffee and a donut.

As all of this was unfolding in 2022, a survey revealed that Tim Hortons remains Canada’s most trusted brand.

But can they be trusted to make pizza?

After visiting the Tim Hortons museum, I left Hamilton and waded through the evening traffic of the central Canadian megalopolis, through Burlington and Oakville to Mississauga — Canada’s seventh largest municipality by population.

For whatever reason, this sprawling suburban city in the Greater Toronto Area is where Tim Hortons decided to trial its pizza.

At the corner of Hurontario St. and Britannia Rd, surrounded by a mess of public transit construction, the Tim Hortons location didn’t look anything particularly special. But the glowing sign in the drive-thru advertised “NEW Flatbread PIZZAS” served hot from the oven.

I rolled through the Tim Hortons drive-thru and ordered all three options — chicken parmesan, pepperoni, and “simply cheese”.

The drive-thru is the true experience of Tim Hortons. For some people the downmarket coffee shop might be a destination, but for me it has always been a place I pop into on the way to somewhere else where I actually want to spend time.

Tim Hortons is the place you grab a coffee when you’re driving late at night, or hitting the road early in the morning, and you need a little jolt. The familiar logo is a beacon when you need a reliable snack or a quick meal and you can’t find a McDonald’s instead.

It’s the coffee you could grab and sip on the subway, at least before sipping became impossible through an N95 mask.

For Tim Hortons pizza to be worth a damn, it needs to be something you can order from the drive-thru and eat in your lap with one hand on the wheel.

Three pizzas cost me nearly $25.96, and after I paid, the cashier told me to park in a spot nearby, and she’d come out and deliver them to my window.

I sat for six or seven minutes. I waited.

Apparently the flatbread crusts are pre-made, but the pizzas are assembled with tomato sauce, cheese and other toppings fresh when you order, then blasted for a few minutes in an oven.

Time was the killer for the McDonald’s pizza way back three decades ago too. My parents and siblings can still remember an interminable wait in a drive-thru when I had the childish temerity to order a McPizza on a family vacation. 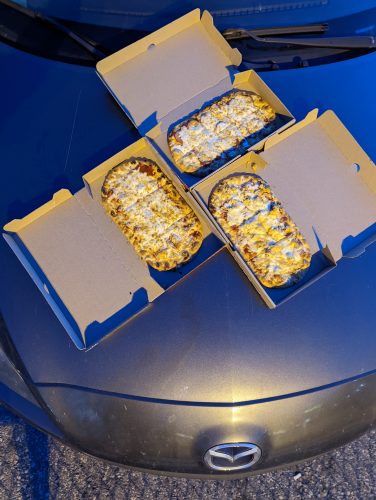 Eventually the Tim Hortons pizzas arrived, and I excitedly set about arraying them on the hood of my car for an impromptu photoshoot under the yellow-orange glow of sodium-vapor lights from the neighbouring Quality Inn parking lot.

Then the moment of truth came, and I actually tasted the pizza while sitting in the driver’s seat of my parked car, the result was … fine?

The tomato sauce was acceptable, but unremarkable. The “flatbread” base was a bit tough, but not too thick. (As a side note: Is there any kind of pizza that isn’t flatbread? By definition, mustn’t the pizza bread be flat?)

All three varieties tasted largely the same. The parmesan chicken definitely had a bit of parmesan flavour, but the prevailing experience of all three pizzas was just bread, tomato sauce, and melted white cheese that could charitably be called mozzarella.

If you’ve ever eaten a Tim Hortons sandwich or a wrap, you are already familiar with the kind of quality we are talking about here. It gets the job done.

Ultimately, if you’ve made it this far, you’re probably expecting some grand pronouncement, some greater insight or deeper truth gleaned from my quest for the Tim Horton’s pizza.

Perhaps the real pizza is the friends we made along the way, or maybe the pizza was actually inside of us the whole time.

No. There’s really nothing profound to say here.

Ultimately Tim Hortons is a fast food franchise chain whose only distinguishing quality is that it aggressively and shamelessly wrapped itself in the Canadian flag and tried to convince customers that mediocre coffee and donuts was somehow part of the fabric of our national identity.

If any of that myth-making were true, then perhaps their menu items might inform Canada’s sense of self. But it’s all just emotionally manipulative marketing.

At the end of the day, it’s just a fast food chain trying out a new menu item. And unless you live in the Greater Toronto Area, you’ll probably never get to try it, because the six minutes wait in the drive-thru is a real problem, and it’s going to be awful sending cashiers to deliver pizzas to parked cars in January. 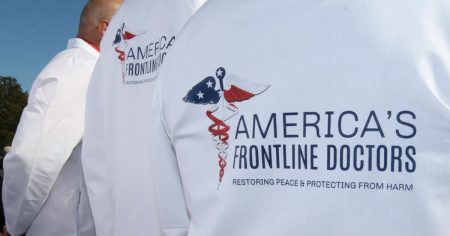 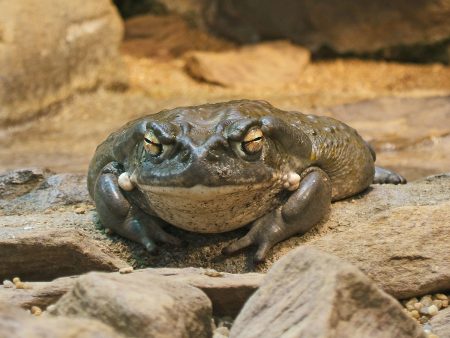 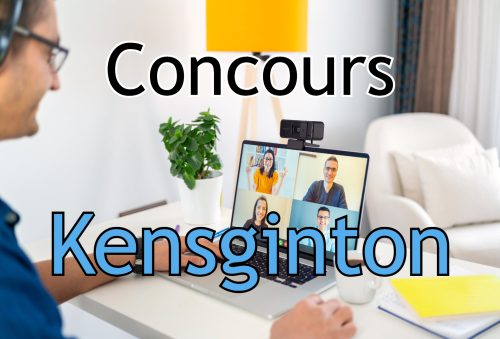 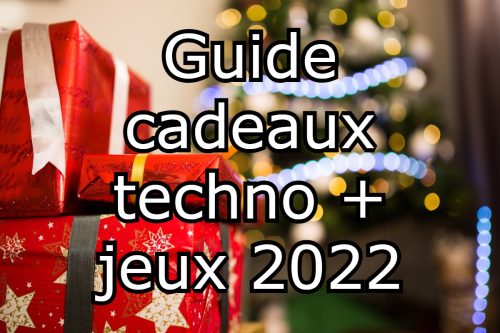 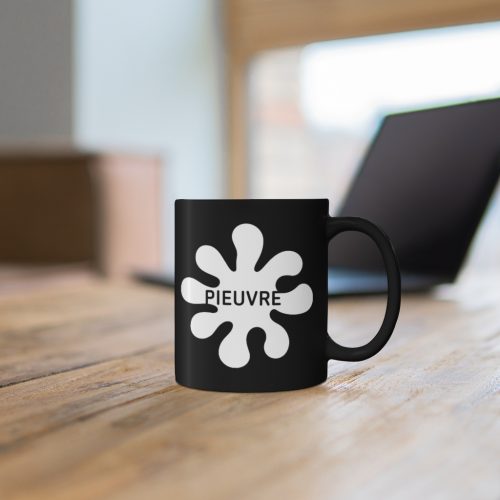