Our journalist David Harris continues his exploration of the both strange and wonderful cinematic realm that is the Fantasia International Film Festival. Here’s his latest batch of reviews. Today: The Nightshifter, Chained for Life, BuyBust, Under the Silver Lake.

Sometimes fans give a movie a little too much hype, and synopses give the movie a little too much credit. The Nightshifter sounds like the perfect horror film: a celebrated horror director (Dennison Ramalho), a terrifying premise, and good publicity from horror fans. Stênio is morgue attendant with the occult gift to speak to the dead. Aside from that, he lives an ordinary life. He works the night shift, and makes enough money to keep his wife and two kids happy and healthy. Like most horror films, Stênio’s life takes a turn for the worse.

The movie starts out strong. The effects of the dead are part practical effects, and part computer graphics, giving the cadavers an uncanny valley vibe. Daniel De Oliveira is a fantastic actor, portraying a man frustrated with the city’s violence, and exhausted working most nights alone. It started off very promising, and unfortunately, the movie changed its tune, and turned into a generic ghost film.

I was hoping for something epic. I wanted more violence, more horror, and more psychological angst. But my blood pressure and heart rate barely changed, and I never really felt at unease or terrified. In addition, I felt the film didn’t portray the women in a developed light. They are either vengeful petty creatures, or helpless waifs. The only time I jumped out of my seat was the result of an overabundance of scare chords and jump scares. Down to brass tacks, The Nightshifter is not a bad horror film, but it’s been done before.

Movies that force feed me social messages turn me off. Too many times have I been beaten over the head concerning some form of mistreatment, that repeats the line “<X> is not good. We need <Y>”. There’s nothing wrong with promoting moral values and equality through the use of cinema, but I don’t want to be lectured, especially when the course outline is lazy. Chained for Life is one of the few movies that shines a light on inequality and entertain at the same time. 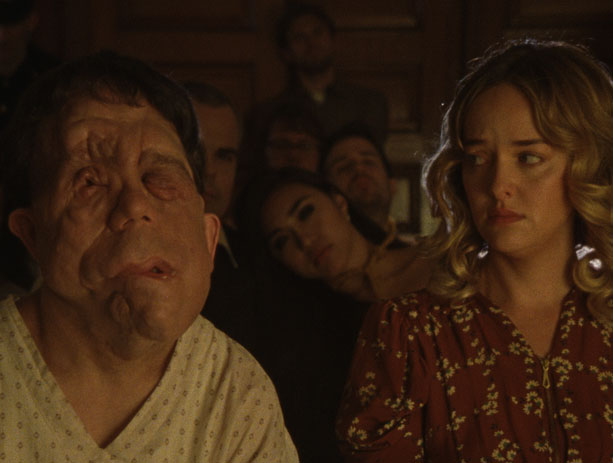 This film within a film portrays the daily struggle actors and film crews face when making a low-budget  crew horror film where the monsters are disfigured people. Some sites have put this movie into the horror genre, but there is no point in the film where I was meant to be scared. It’s a wholehearted comedy.  There is no villain, just real people. The film focuses on how ordinary and simple people’s lives turn out. They get angry, jealous, depressed. They show weakness and confidence. They are amazingly human.

The director, Aaron Schimberg, is an advocate for the well treatment of disabled people in film. Having a physical disability himself, he is aware how he was treated, and was disappointed in movies portraying a slight imperfection as a villainous trait. Chained for Life is a wonderful story about love, movie making, and laughs. With its long takes, quick rapid-fire realistic dialogue, and probably contains the best monologue about The Muppets. This is a movie we need.

Here’s another movie that could not live up to the hype. A group of anti-narcotic agents fight their way through the labyrinthine slums of the Philippines to capture a drug kingpin. When the bust goes south, they must fight through infinite waves of civilians and gangsters all out for their blood. Anne Curtis plays Nina Manigan. She is the newest recruit on her squad after her previous one was eliminated after a teammate betrayed them. Like many good action films, it’s adrenaline pumping with beautifully shot sequences. Unfortunately there are some problems.

BuyBust suffers from poor editing and inconsistency. Sometimes the action is shot in the first person, then is forced to go into shaky cam, switches to multiple quick takes, and throws in the occasional long take for good measure. When it works, it works. But more times than most it lacked impact. It could have been better if they sped up the rapid-fire melees, and slowed down the epic moments of ultra-attacks. This would have given every punch weight. I remember hearing the sound of the hits not matching the visual impact. It needed the minimalist tweaking to be perfect. The movie was not all bad. They created an incredible claustrophobic world, with dangers hiding around every corner, leaving me in anticipation for their next move.

The best thing this movie produced had to be Nina. You could have easily replaced the main character with a man or someone with different skin colour, and it wouldn’t have made a difference. She was a well-developed character that didn’t rely on her identity for plot devices. I never heard one statement involving “You’re just a weak little girl”, or “I got to fight twice as hard as any man”.  Everyone knew she was tough, and she never needed to prove her value. BuyBust could have been the best action movie to see this festival, but it just didn’t hit those right notes.

Under the Silver Lake

Have you ever wondered if you’re part of the joke, or if you’re the subject of said joke? I can’t decide if Under the Silver Lake is laughing at or with me. This black-comedy detective (I think) story tells the tale of about laziness, coincidence, and confusion. Andrew Garfield is  a schlub living in Hollywood. He’s about to be evicted, and so does what every normal person would do. Nothing until he gets roped into an underground tinfoil hat conspiracy, with no relation to making the rent. I would prefer not to go into too much detail since saying any more would ruin this kudzu plot of a mystery. Any detail would not make sense out of context, or would ruin the surprise. For your sake, here are a couple of details. There’s a pirate, a serial killer, vampires, and birds.

The film is tremendously mad. Andrew Garfield’s performance is spectacular, and the camera work is both beautiful and disturbing. There are hilarious bits of physical and spoken comedy coming from the woodwork.  There’s also probably of the tensest moments in film that’s comparable to the first 15 minutes of “Inglorious Bastards”. Nothing is predictable.

The movie is brimming with clues and nods to cinema that I can’t tell if David Robert Mitchell is making a statement about movie culture, or if just wants us to think there’s a point to it. Is he trying to lead us on, or does every scene serve a purpose? I really don’t know. Am I playing into the conspiracy, or is it simply a coincidence? I have to know more.

Without a doubt, Under the Silver Lake will annoy and offend many people. Not only are there some unnecessary crude moments, but it’s extremely misogynistic. Most of the women are simply sexual props, and remain nameless. Yet, I’m unsure if Mitchell is trying to make a statement about the treatment of women in Hollywood, or if it’s just shock value. I really want people to watch this film so they can join in deciphering this conspiracy. Take my hand, and let’s go for a wild ride. 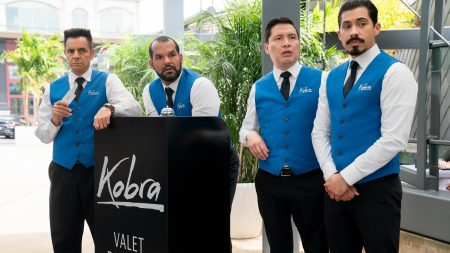