Let me get this out of the way. I am not an avid advocate or opponent to review sites like www.imdb.com and Rotten Tomatoes. I admit, the score does influence me slightly, but it’s not often I will refuse to see a film based on it. However, movies with a rating of 60% or a 2.5 on 5 intrigue me. With a little push in either direction, they can be works of art to absolute failures. What does it take to take a movie out of mediocrity?

I watched a movie called Hotel Artemis. In the near future, Los Angeles is in the center of mass riots. Tucked away in the corner rests a secret hospital, designated to save and mend members of the criminal underworld. At the apex of the riots, a slew of lawbreakers find themselves trapped in the hospital, waiting for the riots to die down. It’s up to the manager of the hotel, played by Jodie Foster, and her mountain of a guard, Dave Bautista, to keep the peace.

It’s an common tale akin to “The Thing”, “Hateful Eight”, and “Twelve Angry Men”. What happens when you take a handful of anger, toss in a claustrophobic pot, and then put it on a boil without supervision? It’s a thrill ride. Though the movie has obvious faults, I thought it was incredibly well done. Disregarding Charlie Day’s cartoonish attempt to appear tough, everyone from Sterling K. Brown to Zachary Quinto go into their character. Foster gave an outstanding performance, and Bautista is capable of performing in dramatic roles. The set design and technology appeared to be like something we can see in the next decade, while retaining credibility. I will admit, the dialogue was a little cheesy at times and the plot was undoubtedly predictable for the most part, but I left the film enjoying what I just saw.

So, why did this film get 57% on Rotten Tomatoes? Other movies like Game Night and Solo: A Star Wars Story were given fresh reviews. I watched both of them and “Hotel Artemis” entertained me far more than they did. Yet, when I walked into the theatre on opening night 10 minutes before Hotel Artemis started, I was greated with an empty theater.

By the time the movie started eight additional people came. Eight. Certain restaurants won’t allow reservations for groups that small. I thought about all the possible reasons why no one came to see this movie. It can’t be the actors. They’ve yet to be involved in a scandal. More importantly, these stars are fan favorites of everyone.  It can’t be the subject. Movies about anti-heroes, violence, and the poor rising against the rich are common tropes fancied by a lot of people. It can’t be the director or screenwriter. This is Drew Pearce’s first major film, so his history cannot be a major factor.

I’ve seen advertisements on YouTube and social media and watched interviews with the cast on talk shows. So it can’t be the lack of exposure. Finally, it’s an original story that’s neither a sequel nor prequel, and it doesn’t involve superheroes. This movie is unique, fun, and visually stimulating. How does this warrant it a rotten score? Critics couldn’t agree if the cynicism and flashiness helped or hindered the film.  The critics were not intentionally malicious or benevolent. I think this indecisiveness harmed the film of getting a « watch it » type of review.

Review sites are fascinating. They collect the opinions of everyone around them, and give the world an easy to read simple response to the age old question « Is this movie worth watching? » It’s useful, and I read them all the time. The unfortunate consequence is that it can hurt more than help. The good movies that fall somewhere in the middle of the spectrum get hit the hardest. I recently looked at Hotel Artemis’s reviews on Rotten Tomatoes. Out of 102 critics, 59 liked it. More than half of them gave it a good score. If the next six people who watched Hotel Artemis gave it a positive rating then the movie would not be considered rotten. This small number of people could have given it a wider audience. But, this is just speculation. Just consider this little experiment next time you can’t decide what movie to watch. A mediocre film can actually be the cure for an ailing night. 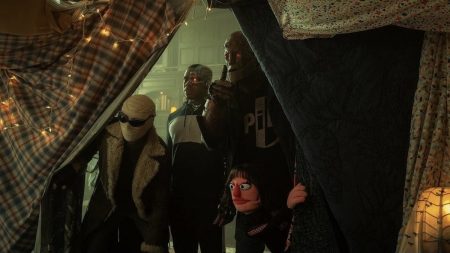 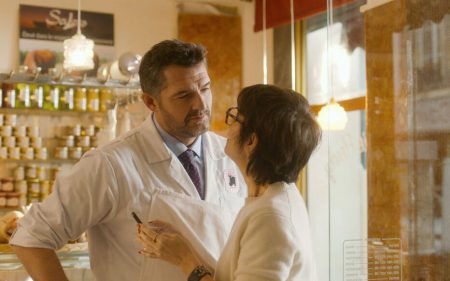