Our journalist David A. Harris continues his cinematographic journey at the 2017 Fantasia International Film Festival. Here are his latest reviews for the movies he saw recently. Today: Claymation Horror, Attraction, Cocolors and 68 Kill.

Claymation Horror is a series of shorts made by Lee Hardcastle. They varied in length, the majority of them being 10 second vignettes for Adult Swim’s Rick and Morty. The magnum opus has to be the segments for is upcoming film Spook Train (A Horror Anthology). Lee Hardcastle’s projects are vastly different from traditional stop-motion movies and shorts. His figures are not as smooth and elegant as other those found in other films. Their movements are choppier, and the facial expressions are not as expressive. But you don’t watch Lee Hardcastle’s work for sweetness and elegance. You watch his work for his expertise in the uncanny valley and horror. They are terrifying, bloody and can build up tension like few before him. The horror coup de graces are perfectly reminiscent of old 80s slasher films, when they were considered to be nightmares machines, and not simply camp. Some of the shorts were better than others, and unfortunately due to a cease and desist, the Pengu/The Thing mash-up had to be removed. If you want to be creeped out, or possible delighted, then I highly recommend watching Lee Hardcastle’s claymation works, so you can prepare yourself for Spook Train (A Horror Anthology) which will be hopefully completed in 2025.

I am always intrigued to see how other countries portray alien invasions. In Hollywood, this genre of film tends to be in either a major city, typically New York, or in an anonymous no name town somewhere in the woods. In the most cases, when aliens land in every major city, the Americans are the ones who get relied on to save the day. Attraction is a Russian production where an alien spacecraft got shot down, and crash-landed in Moscow. It’s their problem. The army comes in and quarantines the area, preventing anyone from interacting with the aliens until they know more about the visitors.

I hoped Attraction would bring something different to the table; I really wanted it to bring a completely unique take on alien invasions. Unfortunately, it follows the typical formula using generic characters, story, and morals. If you were unaware of the moral, people are scum: we’re violent, selfish, and antagonistic. If you’ve watched enough science fiction movies, you won’t be surprised by the twists and turns. Everything is predicable, clichéd, and no different than a North American creation. Whenever a country creates a movie of this calibre, they always try and promote good communication, acceptance, and peace, but in reality these qualities are not very well executed. The other noticeable problem was the flow. I think the movie must have had a longer original cut. There were parts that were just glossed over, and could have used a better explanation. At best, some decisions were simply accepted regardless of any logic. At worst, the choices they took were too impulsive.

Despite the criticisms I still enjoyed the film. I thoroughly appreciated how the military was treated. They were competent, cool-headed, and law-abiding. In American movies, the army is either incompetent, mavericks, or bound by red-tape bureaucracy. I also liked the direction they went for the design of the alien technology. It had a cool design, using softer colors, and sleeker surfaces. It wasn’t as exaggerated as other science fiction films, where everything has to look like it was designed by Apple. It had a certain… attraction to it.

Attraction is a simple movie, and could have used a little more originality, but it’s not without its charm.

Toshihisa Yokoshima’s Cocolors is the second non-live action Japanese film about subterranean life I’ve seen at Fantasia. The first was Junk Head. Despite a similar setting, the two films are disparate, but equally beautiful. Cocolors uses a lot of bright fluorescents and pitch black visors that complement the various hues of greys and browns. It is surprisingly vibrant for a film that takes place underground. The two main protagonists, Aki and Fuyu, are the one of the youngest members of their tribe, and they are dreaming of the outside world, hoping one day to see the colour of the sky. Hope has been a common theme throughout the numerous films at Fantasia 2017. Whether the characters are trying to find it, keep it, or lose it, hope is a powerful tool that drives the characters to the end goal. This film masters this sensation perfectly, using friendships, work ethics, and illness to bring the protagonists to where they need to be. The character design is magnificent, even with the visors hiding their faces; you could tell what emotion they were expressing through their body language and tone of their voice. The voice acting is powerful and brings a great level of empathy. This short film is heartfelt and perfect executing the dynamics of fear and friendship.

There has been a resurgence of female motivated revenge films, where they refuse to stand down and fight for what they want. Some of them lean towards comedy, but far more have been action-orientated. 68 Kill takes this theme and brings it into a new level of exploitation. The director, Trent Haaga, decided to play with these tropes and toss in a large dose of black comedy in the mix.

Matthew Gray Gubler, of Criminal Minds fame, plays Chip, who can be best represented as a loyal puppy dog, working a crap job in the sanitation department. He’s dating a beautiful, sex-crazed gold digger. She is clearly unhinged and sociopathic, but he’s just too much in love to see who she is deep down. In classic fashion, they are tired of their trailer-park life, and want more. They come up with a plan to steal 68 thousand dollars from her sugar daddy, and drive off into the sunset. Just like many heist films, things start to get dark fast. Chip very slowly realizes that maybe she’s not the one, and tries to find a way out.

Gubler is breathtakingly funny. His double takes and exaggerated faces are spot on. He has the perfect timing, and uses pauses just the right amount. Every time this poor sap is confronted with any kind of pushback or mild bullying, you can’t help but laugh at his misery. The people he meets on his way are equally funny, in their own deranged way, especially when they take advantage of Chip. If it weren’t so over the top, his suffering would be considered too depressing for the screen.

This movie is funny from start to finish, and though many of the secondary characters have their time in the limelight, the bulk of the humour relies in Gubler’s performance and Haaga’s pacing. It’s violent, funny, and masochistic, the perfect movie for a night with friends. 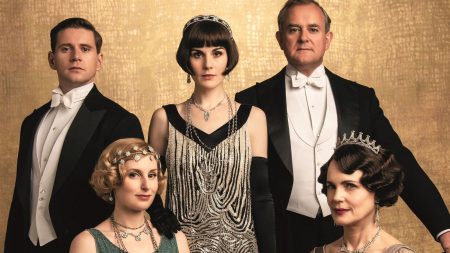 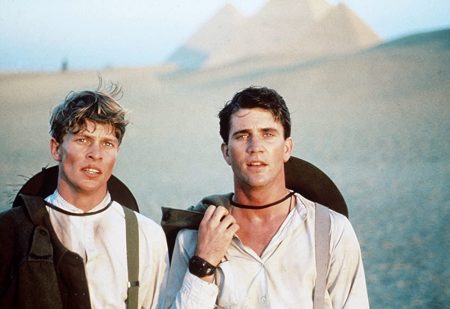 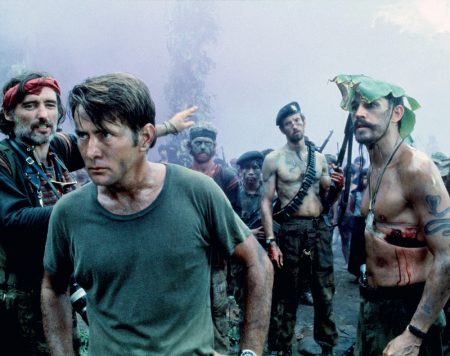