Our journalist David A. Harris continues his cinematographic journey at the 2017 Fantasia International Film Festival. Here are his latest reviews for the movies he saw recently.

I shake my head whenever people say that today’s comedy is too lowbrow and immature. Clearly, they have not read enough Chaucer. The Little Hours is based on a short story from Boccaccio’s work The Decameron. This movie can be summed up easily in two words: « naughty nuns ». The movie is quite entertaining, but the novelty can wear off after a while. There isn’t much more to this movie than a trio of nuns engaging in sodomy, drinking, witchcraft, and blasphemy. There is little to no character development, and the underdeveloped plot is just a vehicle for them to engage in debauchery. There are times when the jokes are simple series of loud noises, or sarcastic eye rolls, but for the most part the movie’s comedy is spot on. Its greatest success would have to be how it kept the conversations accurate to the century. Very few modern idioms were used, and besides Audrey Plaza’s typical cold sarcasm, everything seemed to fit into place. In addition to the dialog, the music and set pieces made the movie feel more like a period piece. It’s filmed on location in the beautiful forests and hills of Italy. The soundtrack used instruments and songs from the olden times, they purposely avoided anachronistic pop songs or instruments, to keep the movie authentic.

The characters are perfectly cast, and each comedian has their moment to make us laugh out loud. Nick Offerman’s tirade on the world’s current affairs is fantastic, and I’m sure would make a lot of historians laugh. It’s definitely a comedy worth watching, despite feeling like a feature-length comedy sketch.

Every movie genre has a recipe. Take a hint of the supernatural, a dash of memory loss, mix it all together in a small forest town and throw in a couple of flannel shirts in for good measure, and you got yourself a paranormal mystery. Radius is a feature-length episode of The Twilight Zone, but without the kitsch. A landscaper by the name of Liam wakes up from a car crash not knowing who he is or how he got there. As he tries to find help, he discovers that everyone is dying around him. He soon realizes that he’s the culprit and the only way to stop it is to be physically near a woman, also suffering from the same memory loss as him. The plot of the movie is driven by their desire to figure out how they ended up in their situation and to see if they can fix themselves before things get out of hand.

Despite the stereotyped setting and structure, Radius does things a little differently. Where some movies might favour the supernatural over the mystery, this movie puts the focus equally on both. The audience never gets the privilege to know more, and they’re stuck learning the mystery at the same rate as Liam. I never knew how much the secondary characters were lying, and relied on not trusting everyone enough to ensure I wasn’t being led down a false path. Throughout the movie I had the constant urge to know who these people are, and how they know each other. The only hints the audience is given are quick flashes from vague memories the characters unpredictably get from time to time. My biggest criticism is that the characters are a little too generic. On the other hand, memory loss is a great excuse to develop a character. It can also be a lazy convention to cover up a character’s blandness, but Radius made sure to use it properly, instead of relying on it as a crutch.

If you like M. Night Shyamalan, but you want a much better payoff, then this movie should catch your attention. I wouldn’t say it’s necessary to watch on the big screen, but it’s definitely something to watch with friends, who love to piece together a mystery.

Originally, I was planning on seeing a science fiction/thriller movie about time travel but my friends invited me Wu Kong. I changed my routine and joined them instead. When I saw the first 15 seconds of the trailer, I had a pretty good idea of what I was getting into. If you’re like me, you knew nothing about the Sun Wu Kong myth. Basically, he’s a popular hero in Chinese folklore. Luckily, you can go in knowing absolutely nothing because the first few minutes of the movie are a retelling of his origin story.

Hands down, Wu Kong is my favourite superhero movie of the summer, and probably sits somewhere near the top of the list of movies in recent years. Its strengths don’t lie in the plot which doesn’t differ from the dozen Marvel and DC movies that are being mass produced since the past decade. It’s the hero’s journey where our hero falls due to an overabundance of pride. Wu Kong is the perfect summer blockbuster hit. Unlike many North American movies that are trying to build a universe by hinting of events to come, this one is a simple stand-alone film.

The comedic scenes in this movie are all spot on. The jokes didn’t seem to be thrown in haphazardly, and were all easily accessible to international audiences. But the best part by far was the action. The movie doesn’t use many practical effects, but the special effects and sets exceeded all my expectations. I felt in awe over the amount of detail, and build up that was put in. The stunts are over the top, and the wire-work is very noticeable, but what do you expect from a movie about immortals, gods, and demons? It was a combination of Doctor Strange, your favourite anime, and the more recent Final Fantasy games. On occasion, they used too many quick cuts and shaky cam. At times it was hard to follow the action, but it wasn’t as egregious as many action films today.

Wu Kong is a great action film supported by a wonderful soundtrack, and full of fun characters. If are tired of western superhero movies, and you want something new and different then this is the summer action blockbuster you should watch. 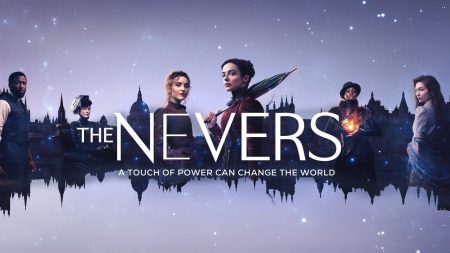 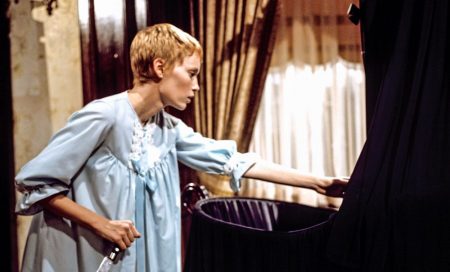 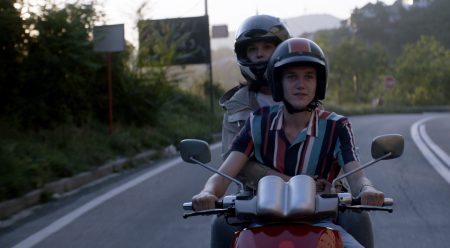