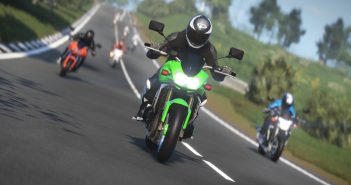 The Italian developers at Milestone have already proven their worth in two-wheel racing games. Last year, they released the successful motocross game MXGP 2 and as well the Valentino Rossi game that is based on the latter’s racing career. Freed from their licence agreement with WRC, Milestone is looking to raise the stakes once more in the racing game market with Ride 2, released on February 14th in North America.