After a much needed break, our journalist David Harris finishes his expedition into both the fun and fierce cinematic realm that is the Fantasia International Film Festival. Here’s his latest and final batch of reviews. Today: Penguin Highway, One Cut of the Dead, Five Fingers for Marseilles, Punk Samurai Slash Down, and Big Brother

Penguins are adorable. Some would say that animated penguins are more adorable.  Penguin Highway proves this theory true. Aoyama-kun, a young boy and a woman he’s infatuated with use the scientific method to solve the mystery of random penguins appearing out of nowhere.

Aoyama-kun is unbelievably smart for his age. He uses the scientific method to solve this mystery. I like that he’s trying to understand the phenomenon instead of blindly accepting it as magic. Unfortunately, the hard science disappears as the movie progresses. The movie doesn’t stay grounded in reality too long and it traverses into the world of big magic.

Aoyama-kun is a cute kid, a little bit of a know-it-all, but it suits the story. His partner in crime, The Lady (that is her name), is too much of an unknown I never really knew why she spent time with the boy, or her real motives than to act as eye candy.

The movie is visually beautiful, and the penguins never get too unnecessarily cute that they take away from the plot. Yet, the biggest issue I face is to find the desired audience for Penguin Highway. It’s probably a little too heavy and slow for younger kids and a bit too cute for an older audience. It teeters on fiction and science fiction too much to appeal to either fan base, and doesn’t have enough humor to make it lovable. It’s not bad, but it’s not perfect either.

One Cut of the Dead

This film within a film has an extra layer of the filming of the film. This makes a lot more sense once you watch it. One Cut of the Dead can be broken down into three parts of a magic trick. There’s the reveal, the history, and the preparation. Initially it starts off as an incredibly low budget movie done in one take. It is visually and technically outstanding, despite having far too many problems with the story and script. Explaining any more would give away the punchline, but it’s worth it.

One Cut of the Dead is a spectacularly hilarious film about improvisation, rolling with punches, and following a joke out of order. In the same frame that Penn and Teller reveal how they pull of their magic tricks, this movie opens the curtain revealing the magician flipping the switches. The only dull part of the film is the middle act. It’s necessary to the plot, but is not as exciting or unique. In the end, this movie is an incredible trip. It’s the perfect script, and it ends on such a hilarious high note.

This South African Western averts most western tropes. It’s  the classic story line of a man with no name, coming home  to find his hometown hurting, and his friends moving on. It might sound generic, but imagine if they shifted all the clichés an inch to the left to so it’s familiar, but stands out on its own.

Remember when I said I love Westerns? I still do. Five Fingers for Marseilles is not as action packed or fast paced as Buffalo Boys, and doesn’t follow the quest for revenge as most westerns. Even the epic act of defenestration is different. But, I still love this movie. This is Michael Matthews first feature film, and he makes it an incredibly slow burn bursting with clever imagery. Though it suffers through some bad pacing at times, it is incredibly detailed and beautifully shot. Every scene is meaningful, achieving something that few movies can accomplish. It is a master of “showing” without “telling”.  It an epic made up both Western and South African storytelling devices using little to no exposition or explanation.

Five Fingers of Marseilles is a thought-provoking piece of art, that will divide audiences. It’s either a long-drawn-out effort to make an action movie, or a stroll through corruption and loss. This is in my top three movies of the festival.

If Guy Ritchie made Samurai movie then he would have made this movie. Punk Samurai Slash Down  is a clever movie with quick back-and-forth dialogue that contains a series of errors leading to an unexpected and over-the-top ending. Junoshin Kake gets himself and his potential samurai mentor into a harebrained Producer-esque scheme. In this case, instead of producing a Nazi musical, Junoshin Kake and his mentor get involved with a tapeworm cult and monkeys to save their hides.

This faithful adaptation of Kou Machida’s novel of the same name is a hilarious movie that’s incredibly clever. The comedy isn’t for everyone, I admit at times it’s juvenile when it resorts to simple screaming and body humor, but its sheer ridiculousness of the plot makes up for any poop jokes. Watching a series of stereotypical stoic and honor-bound warriors dive into petty outbursts of vengeance is worth the laugh. Punk Samurai Slash Down is perfect for those fans of quick genre shifts, scenery chewing, and visual humor.

A movie starring Donnie Yen, that’s produced by Donnie Yen, would obviously make Donnie Yen a superhero so infallible that there’s no way this kind of person should exist. Yen plays a teacher with no experience, looking to work at a inner city school for little pay and no bonuses. He walks in as though he’s the coolest cat in town (he is) and just wins at everything. He’s flawless, saves the day in the first 30 minutes, solves all the students’ problems, and kicks gangster ass.

This movie is so cheesy it needs some bread. It’s so over the top, he solves problems that would take decades to solve in a couple of weeks. There is nothing wrong with him. He’s kind, he’s patient, he’s funny and cool. He’s that teacher everyone says they’d either want or want to be. He’s a fighter, a mentor, and a big brother.

Big Brother is a fantastic movie to cheer you up. In the same way The Man Who Killed Hitler and then The Bigfoot wouldn’t be as good without Sam Elliot, Big Brother would be unnecessarily boring and trite if it wasn’t for the superhero known as Donnie Yen. If you go into this movie expecting something serious, you’ll be extremely disappointed. Instead, watch this film, accept the cheese, and leave with a smile. What other « teacher saves the day » movie has the teacher fight his way through gangsters? 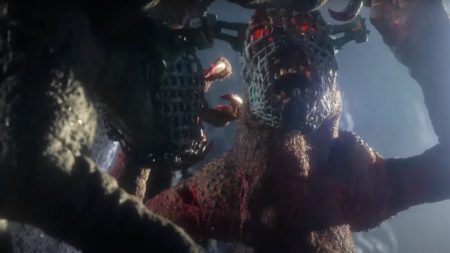 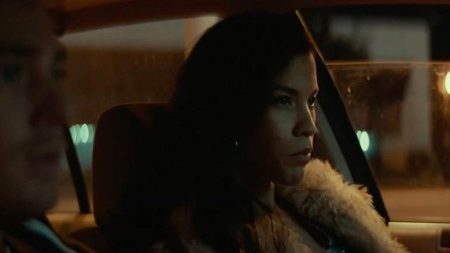 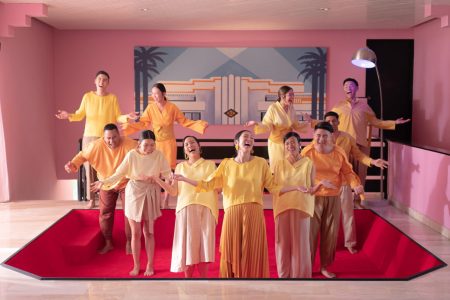